In light of our vision of fully investing in 12 city centers in the next 25 years, this is how our presence in a city center can start and grow. 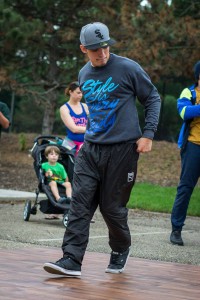 The process of starting a new chapter usually starts with an individual bboy. This could be a Christian bboy who approaches us (Josh Meza), or a bboy that we raise up in one of our chapters (Vicente, our Tokyo Chapter Head). Josh Meza approached us in 2014, interested in joining Break Free. He was a strong believer and passionate about reaching others through breaking. He and I started meeting together on a regular basis. During this time, our goal is to see commitment, a willingness to learn, and a common vision. We like to see some skill in breaking, but it is not the most important thing. During this time, Josh would join us for events and practices as a volunteer. After about 4 months of meeting and serving together as a volunteer, we made Josh a Break Free member. Being a member meant that Josh had hourly expectations every week, more accountability with Break Free leadership, and was able to raise money under Break Free. 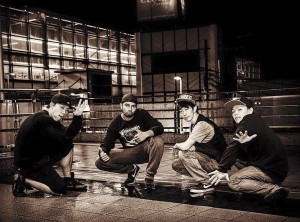 Once we bring on an individual as a member, we are able to start a chapter where that new member lives. Josh lives and ministers in Elgin, so when Josh became a member, Elgin became a Break Free chapter.  We did not make Josh a Chapter Head immediately. We wanted him to serve on our staff for a designated time before giving him the responsibility of Chapter Head. Thus, Josh was a staff member for Break Free Elgin, but I was the Chapter Head. This means that I was actively involved in this chapter. I was visiting and attending practices, and meeting with Josh and talking regularly (This looks differently if the chapter is too far away to visit). We also went through a four month discipleship curriculum, which is a requirement for any staff who wants to be a Chapter Head. In all this, our goal was to make Josh the Elgin Chapter Head. So after about 18 months as a staff member, Josh was given the role of Chapter Head. 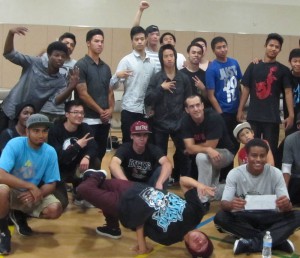 As Chapter Head, Josh was now given the responsibility of organizing and running his own practices, partnering with different churches and organizations in the area for events, and discipling other bboys, hopefully raising some up as staff members. These new staff members will then go through the same process as Josh, eventually becoming Chapter Heads of new cities. This is generally how new chapters start. As you can see, it is a process that takes time. In raising up chapters, we are raising up individuals to run each chapter. We want multiplying chapters, and for this we need men who are disciple-makers.

The process is never as neat as I just typed out, as there are always variables. Please pray that we are led by the Spirit, so we are able to address new variables in each situation. Pray that we can be wise as we grow, seeking to bring glory to God and not Break Free!

Bringing the clear light of the gospel to the hip hop culture.