Bringing the Gospel to Europe (Croatia and Budapest) 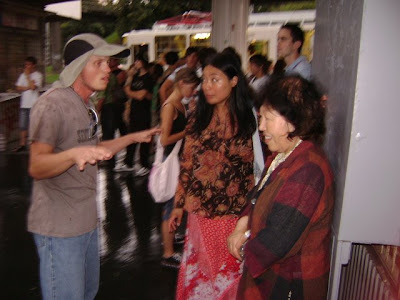 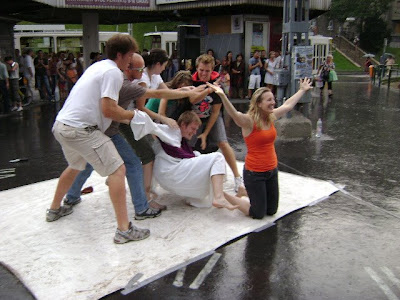 Well, Mike and I had the tremendous priveledge to travel all the way over to Eastern Europe to share the good news of Jesus Christ. I have personally never been there but when we arrived it was a whole new experience. From the insane amounts of Carbs we ate to the insane amount of walking/traveling we did. For a quick outline of Mike and I’s travel schedule, it goes like this: We flew in to Zargreb, Croatia and spent about 10 days with my church from Phoenix (Whitton Ave. Bible) and taught english to Croatian teenagers. Then Mike and I took a bus from Croatia to Serbia. We had a few hours lay over in Belgrade, Serbia then we took another bus to Macedonia. Macedonia is where my father was born and grew up so it was very special for me to see the house he was born in and all the stories I grew up hearing about. Macedonia was my favorite country because it was not really populated at all and the scenery was beautiful. I stayed with some of my relatives out there. Then from Macedonia we traveled to Hungary, Budapest but we had another layover in Belgrade, Serbia again. Our layover was 14 hours long. The cool thing was, was that we were able to watch the new Batman movie in a tiny, freezing theatre. Then we finally arrived in Budapest. Its actually purnounced budape(sh)t,FYI. We met our church from Anaheim, CA (Calvary Chapel) and we did many street ministry witnessing outings. It was awesome! I could write a book on the past month but I am only going to highlight some of the trips. In Croatia, Mike and I had the pleasure to teach breakn to the teenagers at the english camp. I eneded up hurting my knee again but Mike taught on his own while I tried to do what I could. There were a couple young guys who came to know the Lord that I had really been prayn for! And mike had the privelege as well to see some of the kids he spent time with, come to know Christ. It was awesome, God was saving people left and right. Then at our layovers in Serbia, we had really cool witnessing opportunities. What I came to notice was that people in the Eastern Europe parts, dont really talk about God. So when they heard that God is relational and God is love and God is alive, this was new news to them. It was incredible how so many people have never heard the real Jesus of the Bible. Then in Budapest, God was bringing many people our way to be saved.The hook team did an awesome job. The dramas were done with passion and Mike was like a machine with his breakdacing. It was awesome to see a young man in a Tupac shirt came to know the Lord in tears and with a quivering lip. The power of God unto salvation was poured out in Budapest. We prayed earnestly and in faith and God answered our prayers! Even on the plane ride home and middle aged man came to know the Lord! From bus stations to local squares to plane rides, God was working mightily! I praise God! Anways, it was a great trip and I thank God for his blessing and grace. “For the grace of God the brings salvation has appeared to all men and it teaches us to say to no to ungodliness and worldly passions.” Titus 2:11